Is Your Neighborhood Trick-or-Treat Friendly?

Posted by Jennifer Riner in All, News and Updates

Halloween is quickly approaching, so Zillow released its annual Trick-or-Treat Index to help the little ones – and their parents – map out a strategic, sweet and spooky adventure. Using home values, housing density, crime rates and population data, Zillow’s economists determined the leading cities and local neighborhoods for trick-or-treaters.

Aside from being the top candy-collecting environments, the variables which measure trick-or-treating superiority are also measurements of family-friendly neighborhoods for homebuyers. High home values, low crime and a larger children’s population can help determine where to settle in the best interest of the little ones.

Whether you simply want to see if your city made the cut, or if you’re thinking of making a move to a child-friendly community, consider the top 20 locales for Halloween aficionados.

The Best Cities for Trick-or-Treating

Columbus’ best neighborhoods for sweet seekers include Smoky Ridge Estates and Summit View Woods, which are both just a short drive from Verona in Powell, a new home community featuring 16 single-family residences that are each part of the 2016 Parade of Homes event. If you’re in the market to buy, homes in Verona cost around $925,000 for over 5,000-square-feet of living space. Living in the community provides numerous benefits not limited to your child’s sweet tooth, including five acres of reserve space, peaceful landscaping and modern farmhouse style homes.

Dallas, home to 11 local M/I Homes communities, is the No. 13 best place for trick-or-treaters. Some of the most convenient and safe areas for spine-chilling candy quests at the end of the month include Northeast Dallas, North Dallas, Far North Dallas, M Streets and Oak Lawn.

Also in the Lone Star State, Austin climbed into the top 20 ranks at No. 16 for trick-or-treaters. Similar to Dallas, M/I Homes has 11 communities across the greater metro area. Windsor Road, South Manchaca, Allandale, Rosedale and Crestview scored as the best trick-or-treating neighborhoods in Austin for 2016.

In Chicago, trick-or-treaters have the best opportunity around West DePaul, Ravenswood Manor, Roscoe Village, Sauganash and North Mayfair. Chicago is ranked as the No. 18 best city for Halloween overall, which means homebuyers looking for a long-term investment with the same trick-or-treating assessments can still benefit from 21 new home communities across the greater Chicagoland area.

Jennifer Riner currently lives in Seattle and writes about real estate, rental management, and home improvement for Zillow. She moved to the Pacific Northwest after graduating from University of Wisconsin with a BA in Journalism and Strategic Communication. In her spare time, she enjoys hiking, reading, and relaxing with her two dogs. 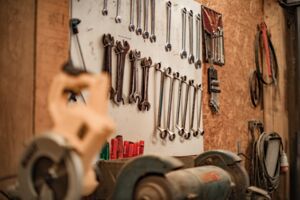 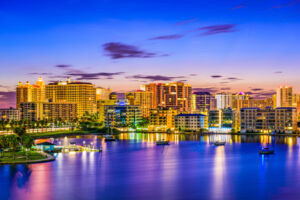 The Best Places to Live in Sarasota Metro

Jennifer Riner currently lives in Seattle and writes about real estate, rental management, and home improvement for Zillow. She moved to the Pacific Northwest after graduating from University of Wisconsin with a BA in Journalism and Strategic Communication. In her spare time, she enjoys hiking, reading, and relaxing with her two dogs.