A Holiday to Write Home About

This year, a little something special happened, just in time for the holidays. As “Military City USA,” San Antonio, Texas has long served as a top location for military families relocating for training or various assignments. M/I Homes is always honored to work with members of our armed forces, and we enjoyed making dreams come true for one family in particular.

The Search for the Perfect Home

In November of 2018, Joseph J. visited the model home in Trails at Helotes, a small suburb of San Antonio, Texas. The 15-year Naval Aviator informed me that he was being stationed at Lackland Air Force Base in San Antonio and was looking to purchase a home and move in before the end of the year.

The Lieutenant Commander shared that he would need at least a four-bedroom home for his growing family. Unfortunately, the only quick move-in homes we had available would not suit his needs. We toured several homes, including a completed home that was under contract but not closed. It was perfect, but unavailable. We shared with him that we did have the same floorplan home under construction that was scheduled to be completed in mid to late January.

Joseph was not able to wait that long as his wife, Vanessa and their two children (Sebastian three-and-a-half and Evelyn one-and-a-half) would be arriving for Christmas and wanted to move into their new house soon after. Living in a hotel or with family for two or more weeks was just not going to work. Joseph was very disappointed as he really liked the community and home.

As he was leaving, we told him we would speak to the Area Construction Supervisor and see if there was any way to finish the home before the end of the year. As Joseph, clearly discouraged, got in his car and got ready to leave, we promised we would follow up with him as soon as we heard anything. At M/I Homes, our promises are sincere.

A Team Determined to Help

The next step was to immediately contact Richard Irvine, Area Construction Manager, and inform him of the situation. He shared our same doubts but said he would look into it and let us know if it would be possible to complete the home in late December.

After approximately one hour, we received the call we were hoping for. Richard said that he had talked with the Community Construction Manager, the VP of Construction, and the Purchasing Manager. They all agreed that in order to finish this home in December, everyone was going to have to work extra hours and be willing to pay overtime to our contractors, but it was possible to get this sweet military family in their home by New Year’s Eve!

After hearing this, Joseph was our first call. As soon as we exchanged pleasantries and passed along the exciting news, Joseph’s voice was brimming with excitement. It was about 5 p.m., and he had just finished looking at some other homes but asked if he could come over at 6:30 to look at the home again.

Joseph and Vanessa clasped hands and gleamed with huge smiles of relief as they agreed to move forward with the purchase. Although the asking price was out of their budget, they weren’t giving up that easily!

Home for the Holidays, Just in the Nick of Time

After two hours of negotiations, we came to an agreement and executed the contract on November 13th, 2018. Joseph was leaving the next day to complete his duty in San Diego and would not return until the 23rd of December with his family. We scheduled a walk-through with him for the 26th and his close date on the 28th of December.

That’s when the real miracles started to happen. From the day he signed his contract, M/I Construction had very few working days to complete his home as promised, and even less due to the upcoming holidays. With relentless work and communication, the construction team was ready to show the house on November 26th and after a few minor touchups were able to have the family sign their New Home Orientation form. They were cleared to close on the 28th!

On the morning of December 29th, a large moving truck arrived in front of Joseph and Vanessa’s brand new beautiful M/I Home! The family is thrilled with their new home, and they have even invited a few M/I employees to various events to show gratitude. They have truly made it their home, and now they have an amazing story to share with friends and family as a result.

M/I Homes is proud to partner with our military members, and we thank all of them for their service for our country.

As the Internet Sales Manager in San Antonio, Colleen is here to guide you through every step of the home buying process and answer any questions you may have. She covers all of our communities city wide and can even give you suggestions on what to do for fun in each surrounding area. Outside of #WorkLife, Colleen enjoys spending time with her husband and twin step-kids, playing with her cavi-poo, Chloe (#DogMom), and traveling. She’s also a Bravo TV fanatic, a pilates aficionado, and a Texas Tech graduate. 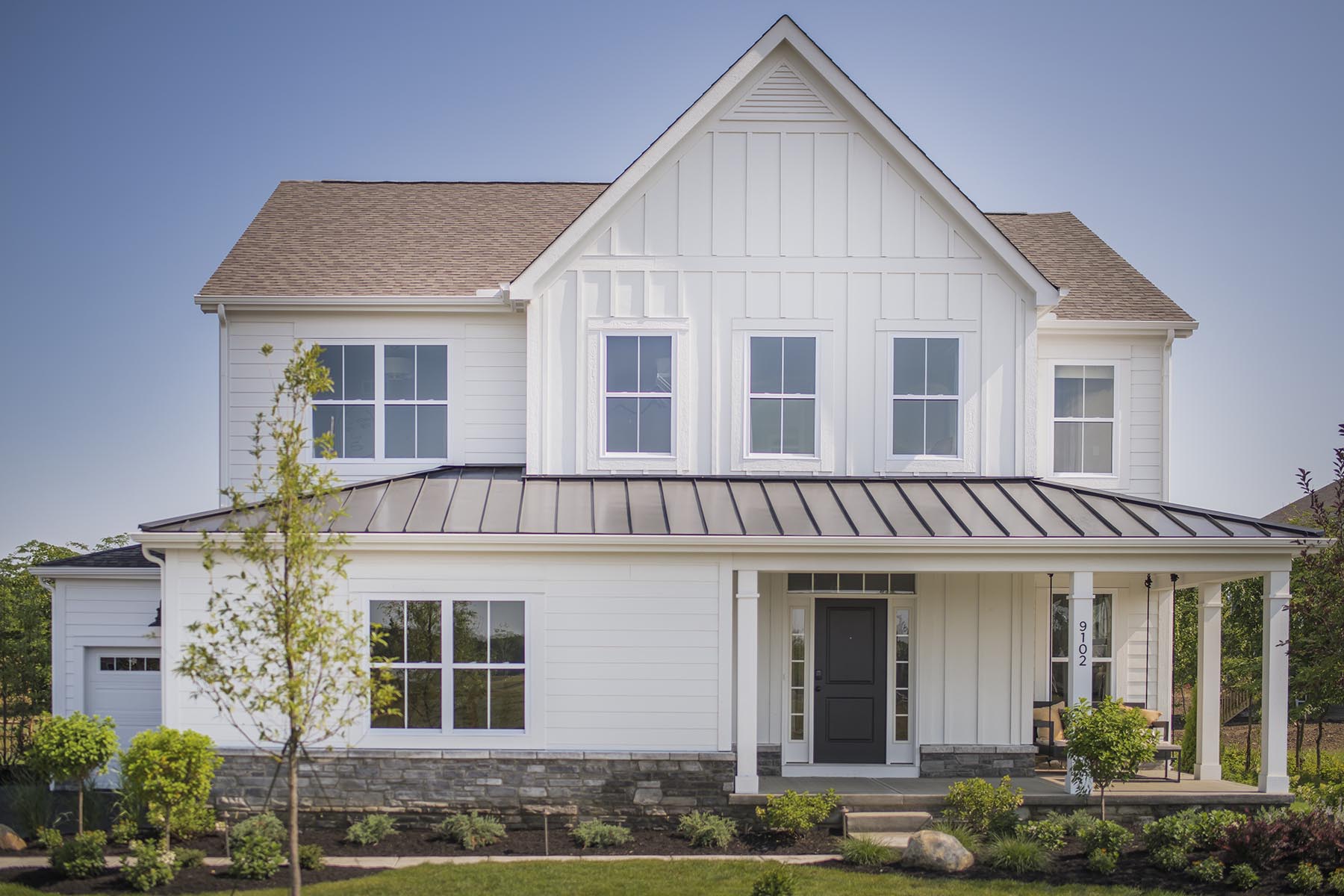 As the Internet Sales Manager in San Antonio, Colleen is here to guide you through every step of the home buying process and answer any questions you may have. She covers all of our communities city wide and can even give you suggestions on what to do for fun in each surrounding area. Outside of #WorkLife, Colleen enjoys spending time with her husband and twin step-kids, playing with her cavi-poo, Chloe (#DogMom), and traveling. She’s also a Bravo TV fanatic, a pilates aficionado, and a Texas Tech graduate.