Why the Open Concept in Modern Home Design?

​According to HousingEconomics.com, 45% of homebuyers today are in search of an open-concept kitchen and dining room design when searching for homes.

​Furthermore, James McClister with Professional Remodeler explains various influences on the open-concept design, stating that it influences homebuyer search in that it creates more of a demand for flexible living.

​The result of recent surveys suggests that majority of home buyers want either a completely or partially open floorplan, which explains why M/I Homes has adopted the open-concept design into our new home floorplan selection! 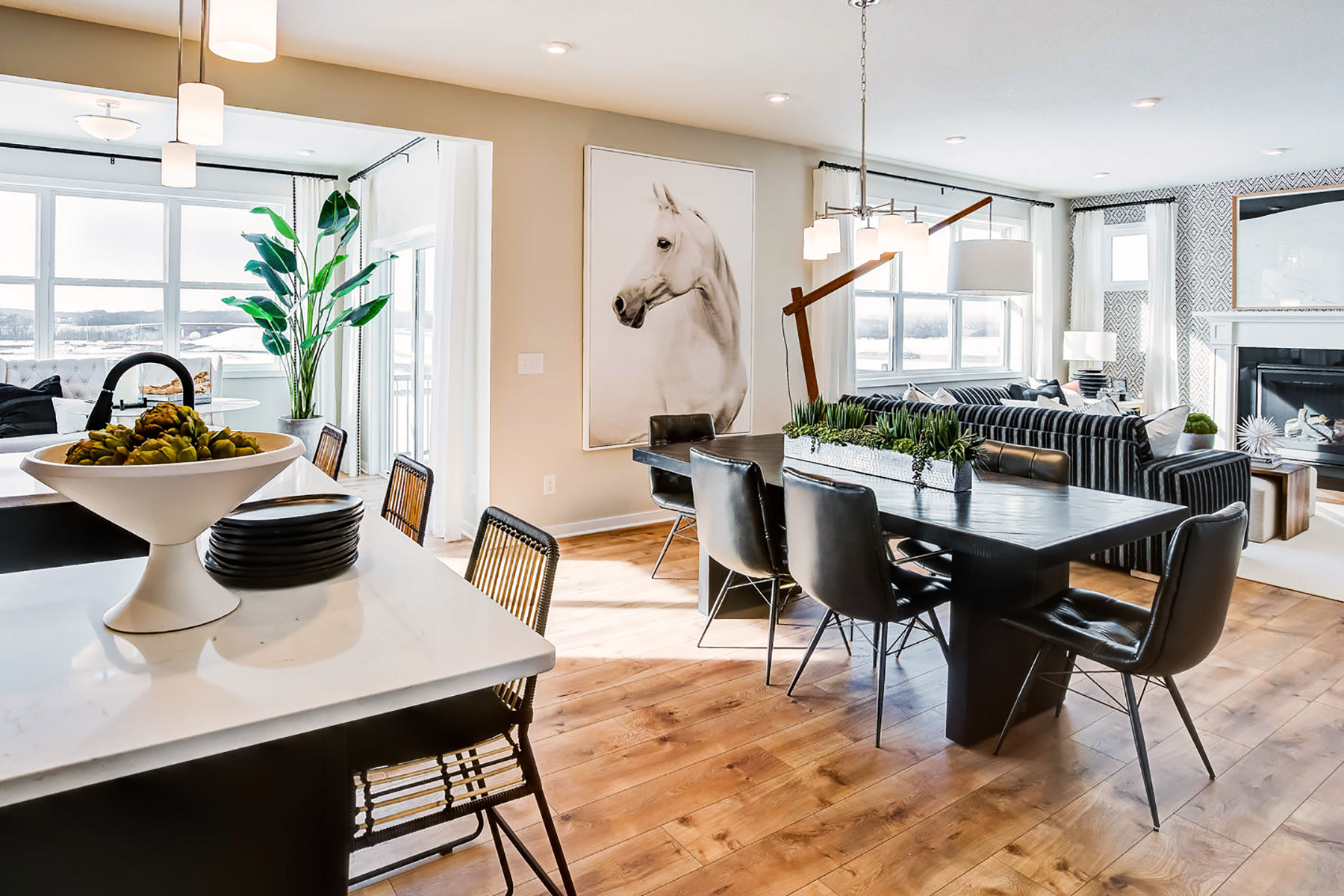 ​Read on to uncover how history has impacted the home design of today and how homebuyers have morphed into families and individuals who have very different wants and needs than they used to.

​It used to be that an open floorplan meant rooms in a home without doors; now they have morphed into meaning rooms in homes without walls, but that wasn’t always as popular as it is in today’s home buying climate.

​Bloomberg City Lab explains that the open-concept kitchen designs began to really take off in the 70s. It started as a trend to escape from the more traditional, low-ceiling living, which was restrictive and stuffy to the upcoming generations of homebuyers.

​Interestingly, the kitchen became the last room in the house to merge into the open-concept design style. Why? All these years, the kitchen was typically kept aside from the rest of this emerging style mainly because cooking can get…well, messy. 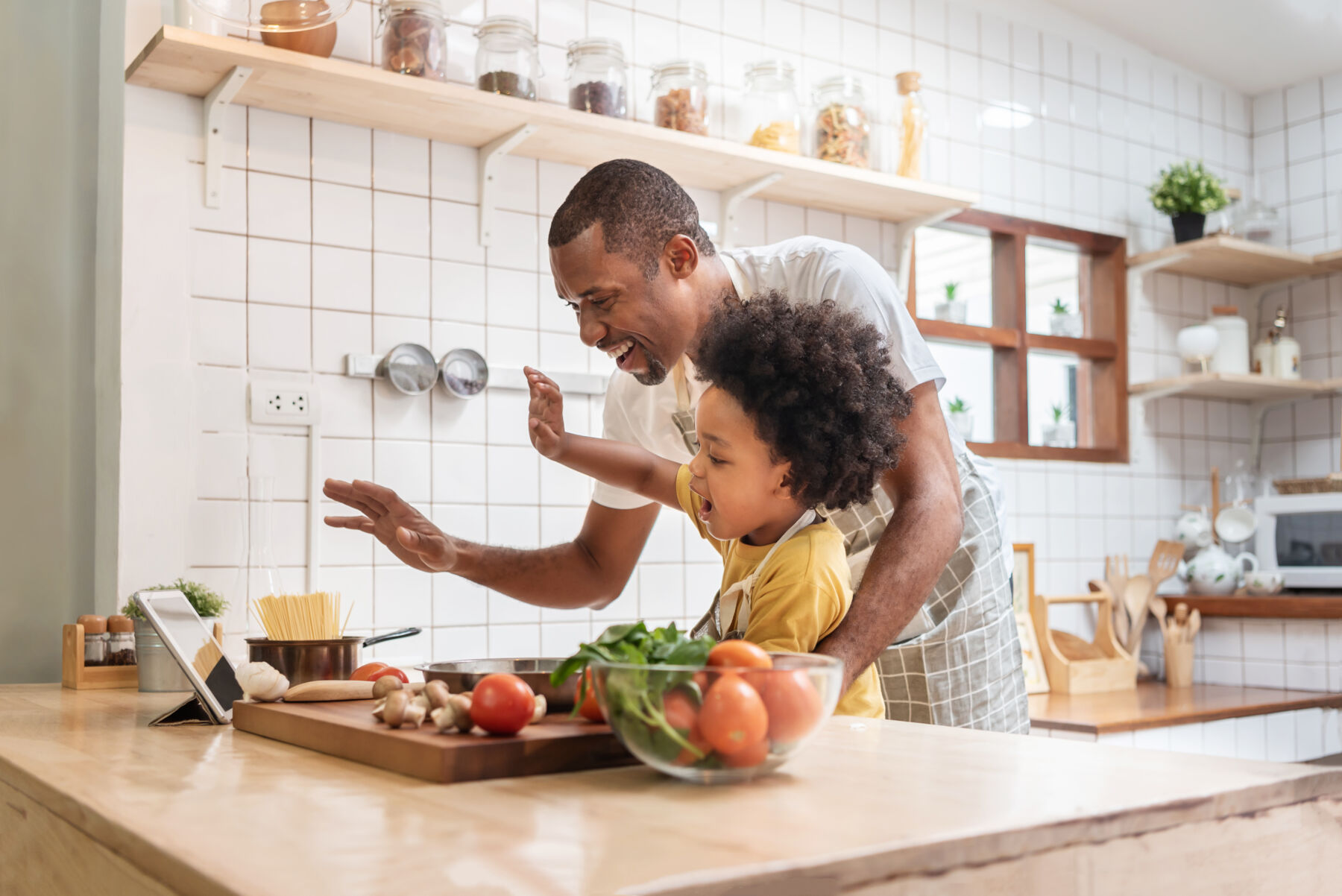 ​In efforts to hide such mess, noise, and smells from guests during evenings of entertaining, the kitchen remained “hidden.”

A Little History of How Open-Concept Interior Design Developed

​Let’s think back to the 18th and 19th century when the purpose of defined space within a home led to a multitude of very specific usage based on lifestyle needs.

​The way people lived during that period demanded a very distinct division of space within a home to support activities each family member engaged in, much of which was separate from the other.

​Then, as social changes occurred with modern industrial capitalism, transitioning from live-in servants’ quarters to commuting wage workers reduced the number of rooms needed in the homes of the upper class.

​For the working and middle class, the common house only typically had three rooms: a kitchen space, living space, and sleeping space. These rooms were more often used interchangeably. Some kitchens were large enough to hold a dining table, and people set up offices in their living space or sleeping space.

​During the second half of the 19th century, balloon framing became popular, allowing for more inexpensive construction. Materials became readily available and didn’t require the amount of skilled labor it once did.

​The way in which the home was built, along with longer, lighter weight studs, allowed for less people to be onsite during construction. This is about the time when the bungalow and foursquare became popular home styles amongst homebuyers.

​The average number of rooms in the home increased as a result. What also resulted was the beginning of open-concept design, with the family and dining rooms being mostly open to each other, usually only separated by a set of columns and/or built-ins. 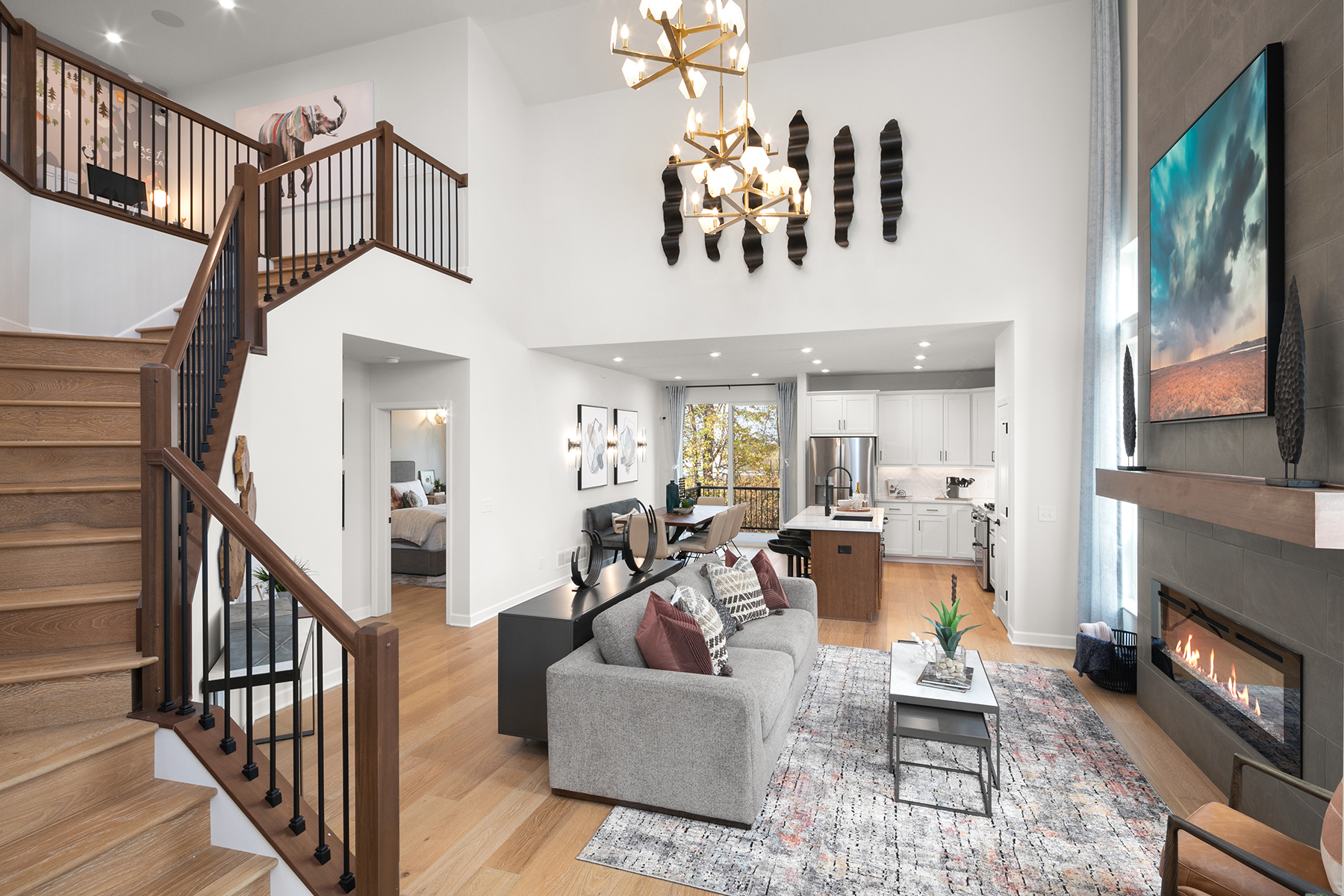 ​During the mid-1940s we started seeing ranch and split-level homes emerge, drastically changing the patterns of dwelling. Instead of building up, builders began spreading the home out horizontally, which certainly began opening the floorplan even more.

The Emergence of Open-Concept Design

​Finally, after decades of keeping the kitchen visibly off limits to guests’ eyes, we saw the birth of the open kitchen layout. 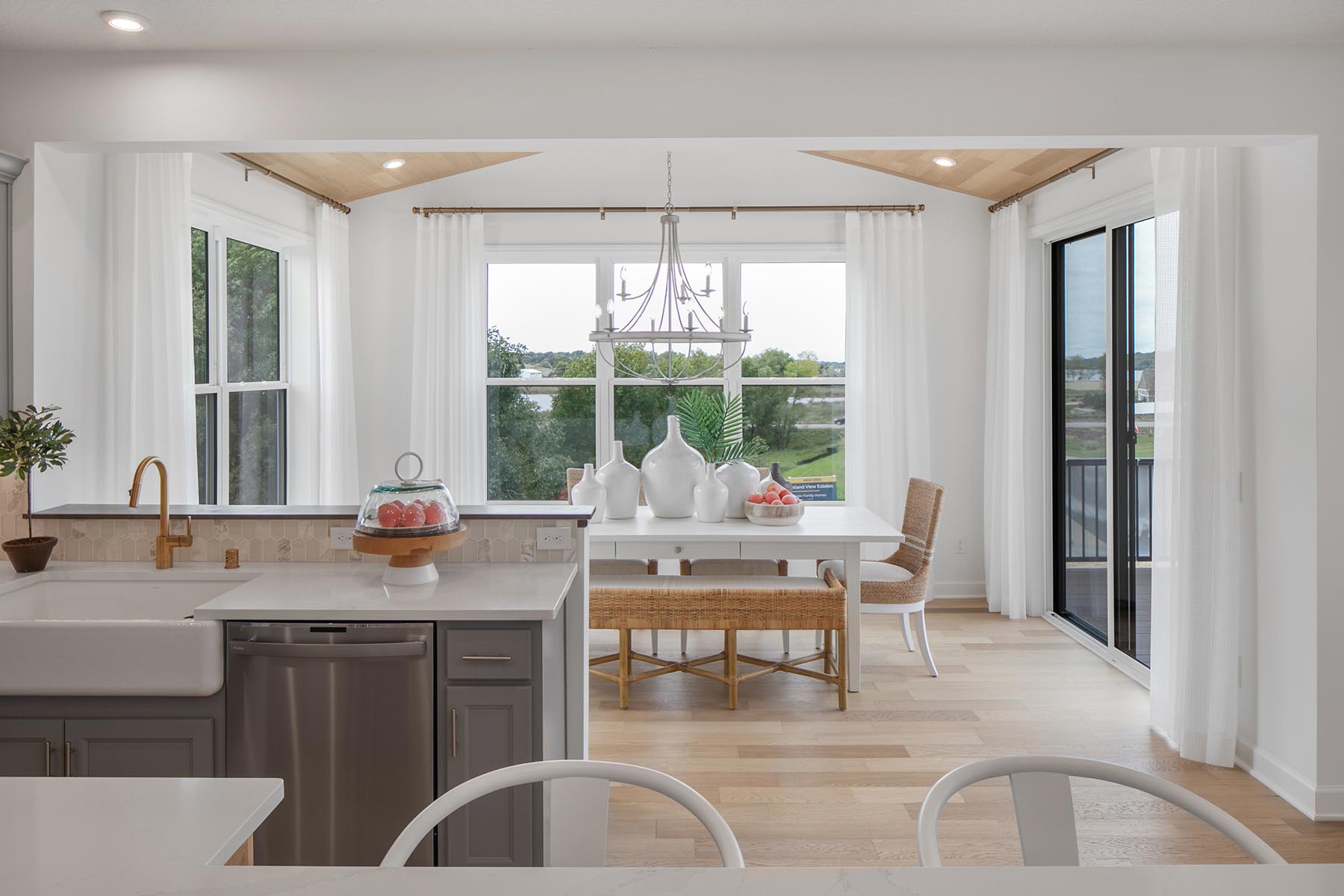 ​The majority of past home design kept this coveted space private, and over time builders became more and more open to the idea of an open kitchen and dining space.

​Fast forward to today and you’ll find current homebuyers still considering how they will interact with guests in their home, driving their list of wants and needs in a home design when purchasing.

​It’s no longer a top priority to hide the mess, smells, and sounds that come with cooking while in the kitchen as it was in the past; therefore, what is desired by buyers today has drastically shifted.

​The open kitchen is a hot commodity, usually featuring a large center island, perfect for meal prepping. A large center island allows visiting guests to gather around and munch on appetizers while chatting. The breakfast bar at the island is easily accessible to kids and easier for parents to cook and serve breakfast before they run off to school.

​Benefits of the open kitchen layout are explained by Jack Rosen Custom Kitchens: 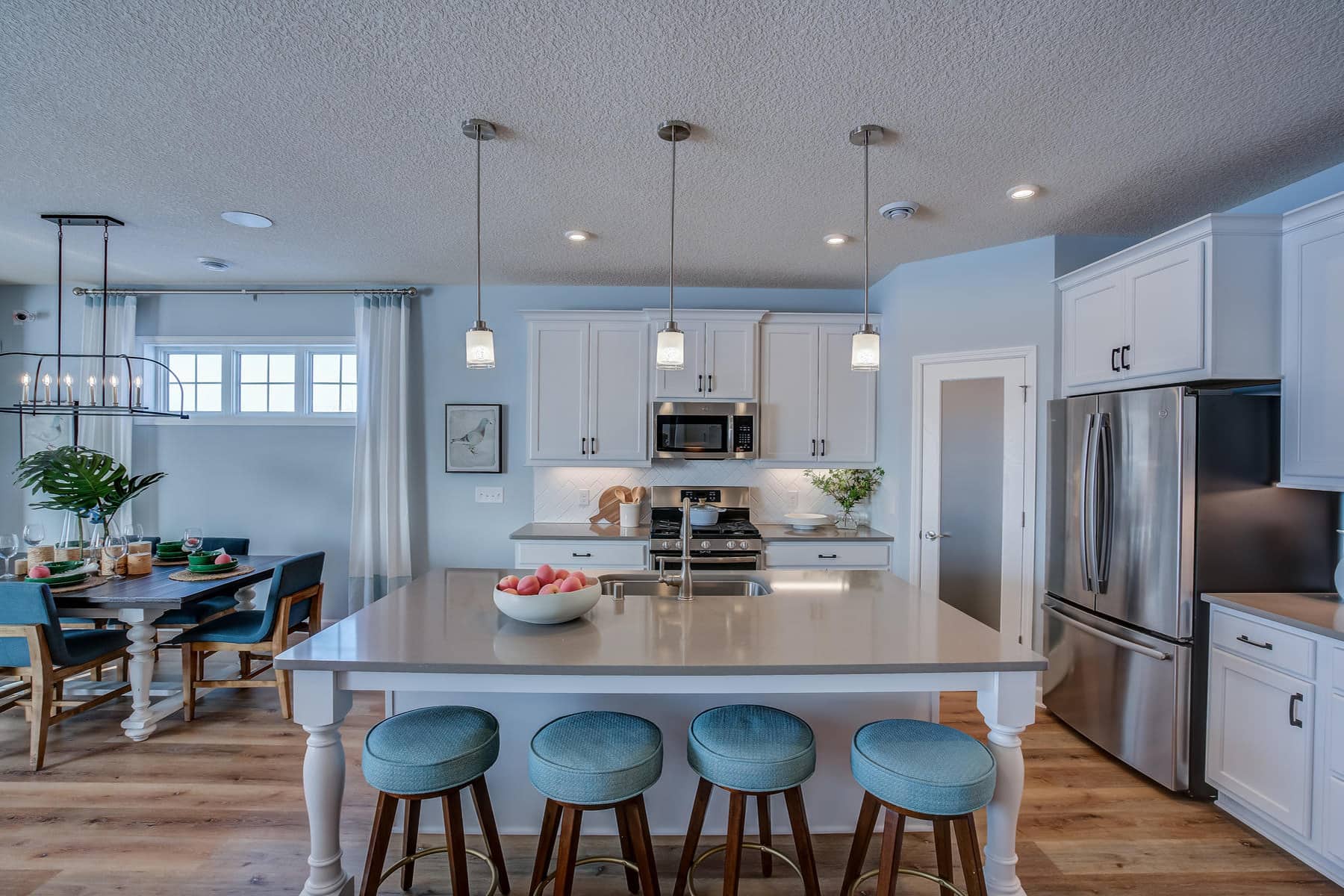 ​Why are the homes of today so vastly different in this regard when compared to home designs of our past.

​What is the benefit that people are seeking?

​Home means more now than it did in the past, especially when we may be spending more time in our home these days. Check out this video and be reminded that home truly is where the heart is.

​What does home mean to you and how do you use the space in your home? Feel free to visit us on Facebook and leave a comment!

As Internet Sales Manager in Minneapolis, Allison has been in the real estate industry for nearly 15 years. She has always enjoyed helping buyers find their homes within our numerous communities throughout the Twin Cities. In her free time, Allison enjoys writing, trying new restaurants, and seeing live music, and she uses her innate knowledge of the area to help buyers love their hometown! 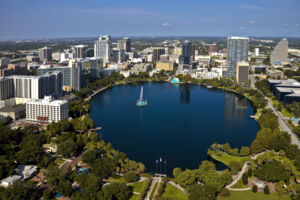 The Best Places to Live in Orlando Metro 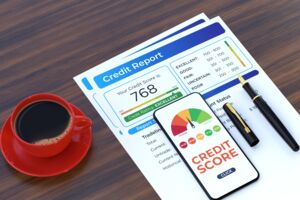 Put Your Mind at Ease About Credit Health

As Internet Sales Manager in Minneapolis, Allison has been in the real estate industry for nearly 15 years. She has always enjoyed helping buyers find their homes within our numerous communities throughout the Twin Cities. In her free time, Allison enjoys writing, trying new restaurants, and seeing live music, and she uses her innate knowledge of the area to help buyers love their hometown!